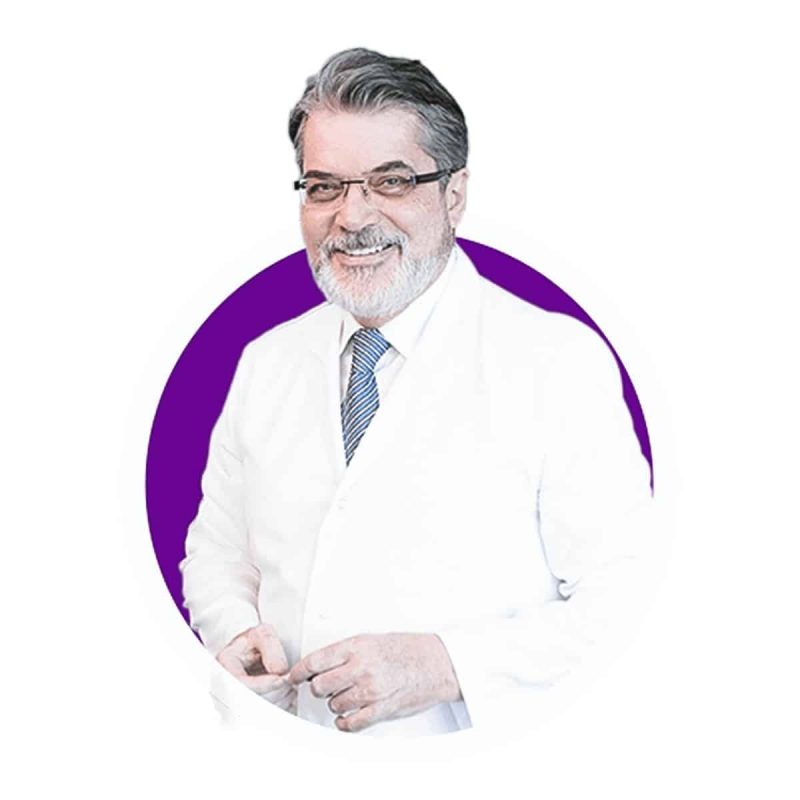 In the light of science and recent developments,
we provide patient centered fertility treatments to the couples.
Our aim is getting a healthy baby from one sperm and egg cell…

Prof. Timur Gürgan started his academic career as an assistant professor in 1985 in Hacettepe University, Ankara. In 1995 he became full professor in the Department of Ob/Gyn of the same university where he served as the head of the Division of the Reproductive Endocrinology and Infertility for more than 15 years and as the chairman which was the first center accredited by European Community and European Society of Reproductive Medicine and Embryology (ESHRE).

In 1986, he was appointed as a research fellow on reproductive medicine in the Joint Academical Unit of Obstetrics and Gynecology and Reproductive Physiology in London Hospital Medical College and Reproductive Endocrinology Unit of St Bartholomew’s Hospital for two years. He also worked on assisted reproductive technologies in Lister Hospital, London Bridge Hospital, Bourn Hall Clinic in UK, St Barnabas IVF Center in USA and Guy’s Hospital in UK .  He was trained on microsurgery and endoscopic surgery by Prof. Victor Gomel in Canada and in other leading centers in USA and Europe.

He served in the board of in Turkish Society of Obstetrics and Gynecology, Turkish Menopausal Society and Turkish Society for Gynecological Endoscopy. He also served for 8 years in the ART licensing committee of the Turkish Ministry of Health. He was the founding president of the Society of Reproductive Medicine in Turkey. Currently he is the executive committee member and vice president of the same society dealing with the special interest groups.

He is the founding member of the European Society for Gynecological Endoscopy and served as the Board member in between 1996-2001. He served also in International Advisory Committee of American Association of Gynecological Laparoscopists and is in the board of the International Society of Gynecological Endoscopy. He is an international advisor for Middle East Fertility Society (MEFS) and in the editorial board of the MEFS Journal. He was the president of the 13th World Congress on In Vitro Fertilization, Assisted Reproductive Technologies and Genetics which was held in Istanbul on May, 2005. He has been serving in the board of International Society of In Vitro Fertilization (ISIVF) for the last 6 years and was the President of ISIVF World Congress of IVF in that was held in Turkey in 2017.

He is also board member of the Mediterranean Society for Reproductive Medicine (MSRM) and will serve as president of between 2017-2019. He was the president of the MSRM Annual Meeting in 2007 and also the organized the 2016 Annual meeting in Turkey.

He become the member of European Society of Human Reproduction and and Embryology (ESHRE) on 1988 and served as the International Advisory Committee member for more than ten years and Executive Board Member for six years. He was the local president of the ESHRE Annual annual Congress which held in Istanbul in the year 2012. He was appointed as coordinator  for the special interest groups and task forces in 2013 and completed his term in 2015.

His main interests are PCOS, endometriosis, clinical applications of ART’s, IVM, implantation, cumulus cell co-culture, office hysteroscopy and prevention of multiples and OHSS in ART and endoscopic surgery.  He is the author or co-author of more than 100 journal articles appeared in many peer-reviewed journals and several international books. He is also ad-hoc reviewer of some journals such as RBM Online, Human Reproduction, Fertility Sterility, MEFS Journal and AAGL Journal. He is in the Editorial Board of RBM Online. He has more than 100 scientific papers published in the peer reviewed journals.

Apart from his teaching and training activities in the university he is the owner and the Scientific Director of Gurgan Clinic Women’s Health, Infertility and IVF Center in Ankara since 2001. Prof. Gurgan has recently been appointed as a professor in the Department of Ob/Gyn in Bahcesehir University. He has established Istinye University Reproductive Endocrinology, Infertility and IVF Center in 2018 and acts as scientific director.

Prof. Dr. Timur Gürgan has contributed with his works in the field of assisted reproductive treatments and took place in the book of Turkish Time magazine called as “100 Turkish Scientists Leading Science”. Additionally, in 2018, he has been selected to the Editorial Board of Fertility and Sterility Journal which has been published by American Society of Reproductive Medicine.

You can send your questions about IVF Treatment to Prof. Timur GÜRGAN using the form below!

In our IVF Clinics you will feel the comfort of your homes. You will have treatment in the light of science and with the support of current technology with our experienced, dedicated ans specialized staff.

You can find out more about which cookies we are using or switch them off.

Enter key to search, Press X to turn it off.

This website uses cookies so that we can provide you with the best user experience possible. Cookie information is stored in your browser and performs functions such as recognising you when you return to our website and helping our team to understand which sections of the website you find most interesting and useful.

Strictly Necessary Cookie should be enabled at all times so that we can save your preferences for cookie settings.

If you disable this cookie, we will not be able to save your preferences. This means that every time you visit this website you will need to enable or disable cookies again.